Just a bit ago, a new trailer for the upcoming Star Wars: The Last Jedi dropped, and I have some thoughts about it. Directed by Rian Johnson, Star Wars: The Last Jedi continues the story began in JJ Abram’s Star Wars: The Force Awakens. Picking up where The Force Awakens left off, The Last Jedi finds Rey (Daisy Ridley) having just found Luke Skywalker (Mark Hamill) on the planet Ahch-To. With Rey having taken her first steps into the larger Star Wars universe, The Last Jedi follows her as she continues her journey alongside Finn (John Boyega), Poe (Oscar Isaac), and General Leia Organa (Carrie Fisher). As always, further details on the plot are under lock and key, though this trailer seems to provide some more information on that front. 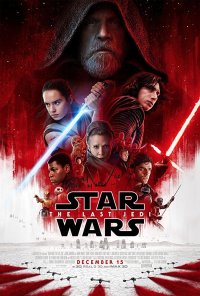 Um, I like this trailer less than the previous one. I mean, it’s still done its job in getting me excited for the movie, but as a measure of how good I think the movie is gonna be, I’m not sold on its quality by this trailer in the same way that that first teaser sold me. Parts of the plot feel enormously cliche at this point. Snoke’s (Andy Serkis) monologue to (presumably) Kylo Ren (Adam Driver) feels exactly like the kind of thing Palpatine would have said to Anakin in Revenge of the Sith. It feels like more of the same. As does the idea of Luke being hesitant to train Rey (look at Yoda and the other Jedi Masters’ hesitance to train Anakin in the prequels). Kylo Ren’s rejection of his past feels like another thing that’s always done in movies like this. So much of this feels “same old, same old” like “this is what we have to do in the middle installment of a trilogy so we can get ready for the final installment”. It doesn’t feel like they’re trying anything new. Sure, the planets are new and there are new creatures and characters and I’m not suggesting the actual plot of the film is gonna be a carbon copy of anything, but it just feels like they’re not really trying anything truly new. It feels like a collection of science fiction tropes at the moment. Especially those that revolve around the “chosen character” storyline that’s prevalent in science fiction and fantasy.

On the positive side, the movie looks gorgeous. Star Wars has always excelled at cinematography. Even in the prequels when things looked fake, it was still a beautiful kind of fake. But in this trailer, it looks like The Last Jedi will be taking a route similar to that of The Force Awakens and making things look as realistic as possible. It’s a smart move, and it’s really smart to show off as much of the gorgeous cinematography in this trailer as humanly possible as the plot that’s displayed in the trailer isn’t anything to write home about. I mean, the new planets look beautiful and the effects look gorgeous and the soundtrack of the trailer was great. I still think the Porgs are a dumb idea, but whatever, I’m sure they’ll sell a bunch of toys, and isn’t that truly what Star Wars is about? 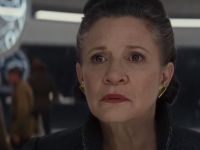 My favorite part of the trailer is probably that brief, quiet moment where it appears that Kylo Ren is contemplating blowing up the ship that Leia is on. The camera cuts between the two, both lost in a moment of reflection as though they’re having a brief connection via the Force. It’s that quiet moment that actually shows some kind of genuine character moment that got me the most excited. Partially because I love Carrie Fisher and there wasn’t enough of her in this trailer and I naturally gravitated to the bits with her in it, but also because I long for some kind of confrontation between the two of them in relation to what Kylo did to Han Solo in the previous film. So that moment of quiet reflection was the best moment and I know there will be very few moments like that in the film, so it’s a shame that my favorite moment is almost definitely not representative of the film as a whole.

My biggest complaint about the trailer is that final scene where it appears that Rey is asking Kylo Ren for his help in figuring out her place. My gut reaction to that scene was that they’d showed too much. I understand that it could be an editing trick and that it may not be as it seems, but at the same time, with how obvious a lot of the other plot development in the trailer was, it just seems completely in character with the way both these new entries in the Star Wars saga have gone for that to happen. So many different people have predicted something like this that it just feels so… obvious and uninteresting. I don’t care to see Rey joining the Dark Side, even briefly. I’ve seen that already. And, if the scene does play out the way it appears to, it would seem that it would be something that would happen in the third act – an event meant to set up the conflict of the final film, and that feels like such a cliche and also like a mistake for showing something so pivotal to the end of the film in a trailer two months before the film is released. My gut reaction is that showing that scene is Star Wars‘ equivalent of when Batman v Superman showed Doomsday in a trailer. Too much, too soon.

Overall, it’s not a bad trailer. It did get me excited for the film. It’s just that all the plot developments that were revealed in the trailer were so uninteresting to me. In a way, it’s a good thing that these plot reveals have turned me off a bit as my expectations have been lowered. I’m not expecting to have my mind blown. I’m expecting to be disappointed a bit, in the way that this trailer disappointed me. So, perhaps because of my expectations of being disappointed, I’ll end up being pleasantly surprised. Who knows?

We’ll find out for sure when Star Wars: The Last Jedi is released in theaters on December 15.