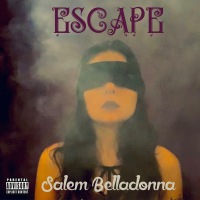 Last summer, I took a look at Circus of Alice, the first album from indie pop artist Madison Chase. That first album was the product of a young musician – it was made while she was a teenager – but it was easy to see that she had boatloads of talent and made the listener extremely interested in future music she’d make. Years have passed since that album came out, and she’s released a handful of new songs here and there, each of them showing her evolution as an artist while maintaining a similar stylistic connection to her previous work. Now, this past week, she dropped her newest single, “Escape”, as well as a total rebranding of her artistic persona: now performing under the name Salem Belladonna (henceforth, this post will refer to her by this stage name), “Escape” is the first song of the next era of music from Salem Belladonna – and the song continues where her previous singles have left off: furthering her evolution as an artist while pushing her music in both new and familiar directions – all while being a damn good, catchy song. (Two notes: 1. I don’t normally review much music on this blog, so I’ll do my best at sounding like I have any idea what I’m talking about. 2. In the interests of full disclosure, I know Madison in real life. That being said, all thoughts, as always, are my own and are not influenced by any outside sources.) END_OF_DOCUMENT_TOKEN_TO_BE_REPLACED 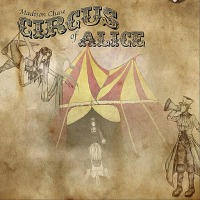 Sometimes when you’re young, you really dig some odd stuff. I went through phases in late middle school/early high school (that I arguably never grew out of) where I was into some objectively odd art. My favorite move for ages was Repo! The Genetic Opera – a rock opera, directed by Darren Lynn Bousman (of Saw II fame) and written by Terrance Zdunich, sort of in the vein of Rocky Horror, where a Repo Man (played by Anthony Head, from Buffy) literally repossessed people’s organs if they couldn’t pay for them. I was a big fan of an indie film called Ink, a weird film where a monster (named Ink) stole a girl’s soul in order to join the ranks of the Incubi – monsters that created nightmares. It was a weird movie, but I loved it. I also got pretty into artists like Emilie Autumn, Amanda Palmer/The Dresden Dolls/Evelyn Evelyn, and a few other eclectic groups. A few years later, I’d end up falling in love with Bousman and Zdunich’s next collaboration, The Devil’s Carnival, a short film about a carnival, run by the devil, that forces sinners to relive their sins over and over again in a carnival setting. It featured a soundtrack (written by Zdunich and Saar Hendelman) that was very inspired by circus and carnival music. A few years earlier, I’d really vibed with another circus-themed album: Circus of Alice by Madison Chase. Billed as a concept album in the genre of chamber pop/creepy pop, Circus of Alice was the first (and currently only) album from Madison Chase, an artist currently based out of LA., and told the story of a young girl named Alice and her experiences in a creepy circus.