Alongside the release of Deadpool 2, STX Entertainment has released the first trailer for their upcoming adult-oriented puppet-noir film from the Jim Henson Company, The Happytime Murders. Written by Todd Berger and directed by Brian Henson, The Happytime Murders has been advertised as a Muppets version of Who Framed Roger Rabbit? and had languished in development hell for years before finally being picked up by STX Entertainment. The good news is that there’s finally a trailer and hard proof that this film actually exists. The bad news is that the trailer is a hot mess. Like, it’s a really bad trailer, both in terms of pure entertainment/quality and also being an accurate representation of the film. According to Wikipedia, the plot of the film is as follows: 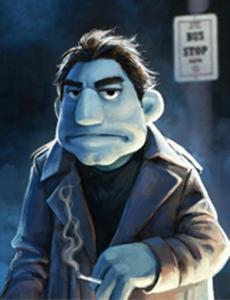 In a world where puppets co-exist with humans as second class citizens, Phil Phillips (Bill Barretta), puppet private eye and disgraced ex-cop, is hot on the trail of the serial killer who murdered his brother and is now targeting the cast members of the 1980s television series The Happytime Gang. As the killings continue, Jenny (Elizabeth Banks), Phil’s former flame, is next on the list. It’s up to Phil and Detective Edwards (Melissa McCarthy), his ex-partner, to find the culprit, but as bad blood and old resentments resurface, the clues start pointing to the only viable suspect: Phil himself. Now he’s on the run with only his wits and hard-headed determination as he and his partner attempt to solve the Happytime Murders.