The Fourth Doctor is probably the most popular Doctor from the classic era of Doctor Who. Similarly, the Tenth Doctor is probably the most popular of the modern era. So, it only makes sense that Big Finish, who has the license to make audios with all Doctors but the 13th, would finally make an audio drama where these two beloved incarnations meet. The result? Out of Time, the first in a series of audios pairing classic Doctors with the Tenth Doctor. Written by Matt Fitton, Out of Time is a fun romp with two fan-favorite Doctors. Featuring great performances from Tom Baker and David Tennant and a fun and intriguing plot, it’s a great listen for all Doctor Who fans. (4 out of 5 wands.)

(NOTE: This review may contain spoilers. Read at your own risk.)

Doctor Who: Out of Time 1 (written by Matt Fitton, directed by Nicholas Briggs)
The Cathedral of Contemplation is an enigma, existing outside time. It turns through history, opening its doors across the universe to offer solace to those in need.

Occasionally, the Doctor drops in – when he’s avoiding his destiny, it’s an ideal place to get some perspective. Only this time he’s already there from several lives earlier, so when dimension barriers break down, his past and present collide.

And when the Daleks invade and commandeer the Cathedral, two Doctors (Tom Baker and David Tennant) must unite to stop them – or face extermination twice over!

END_OF_DOCUMENT_TOKEN_TO_BE_REPLACED 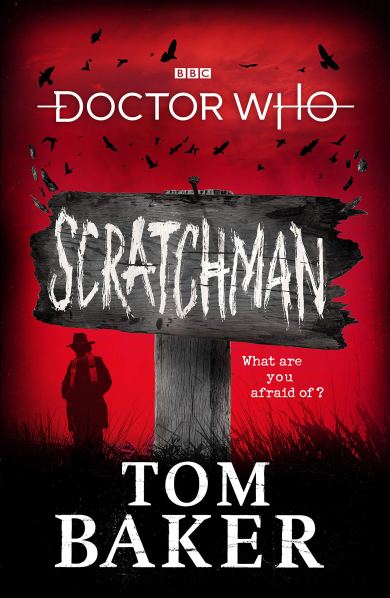 Doctor Who: Scratchman is a story that’s been gestating for a long time. Beginning life as an idea for a film by the Fourth Doctor, Tom Baker, himself, Scratchman never resulted in an actual film, and the idea gathered a lot of dust as Baker moved onto other things. Until now, that is. Aided by prolific Doctor Who novelist, James Goss, Tom Baker returned to his Scratchman idea and turned it into the newest Doctor Who novel from BBC Books. So, is the novel worth the long wait? More or less, yeah.

In his first-ever Doctor Who novel, Tom Baker’s incredible imagination is given free rein. A story so epic it was originally intended for the big screen, Scratchman is a gripping, white-knuckle thriller almost forty years in the making.

The Doctor, Harry and Sarah Jane Smith arrive at a remote Scottish island, when their holiday is cut short by the appearance of strange creatures – hideous scarecrows, who are preying on the local population. The islanders are living in fear, and the Doctor vows to save them all. But it doesn’t go to plan – the time travelers have fallen into a trap, and Scratchman is coming for them.

With the fate of the universe hanging in the balance, the Doctor must battle an ancient force from another dimension, one who claims to be the Devil. Scratchman wants to know what the Doctor is most afraid of. And the Doctor’s worst nightmares are coming out to play…

END_OF_DOCUMENT_TOKEN_TO_BE_REPLACED

I am really enjoying these Diary of River Song box sets from Big Finish Production. River Song is one of my favorite characters that Steven Moffat created for Doctor Who. I love how her story ended up in the show and I love getting to see (or hear) more from her via these box sets. It’s a lot of fun hearing her interact with Doctors from the classic era, and her interactions with the Fourth Doctor in The Diary of River Song – Series 4 is no exception. But before we get to hear her meet the Fourth Doctor, she must first travel through time and space to escape the Discordia – a race of time traveling aliens who look like the common image of the Devil and are bent on ruling all of time and space. So, basically another Tuesday for River Song.

When River Song (Alex Kingston) visits a place where time has vanished, a genie escapes its bottle… the Discordia are freed – nihilistic time pirates, in devilish form, altering the past to make sure they never lose.

This time, River may have met her match. And involving the Doctor (Tom Baker) can only make things worse…

END_OF_DOCUMENT_TOKEN_TO_BE_REPLACED 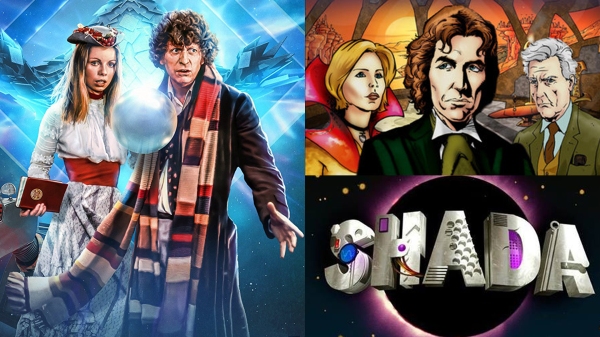 Shada. The long lost adventure from famed sci-fi writer Douglas Adams. Over the years since its aborted filming, the adventure has undergone no less than three separate adaptations. The question is: which Shada is the ultimate Shada? With the release of another version of the story, it’s becoming harder and harder to figure that out, so let’s break it down in a Tale of Three ‘Shada’s. Originally written by famed author – and one-time Doctor Who script editor – Douglas Adams, Shada follows the Doctor and Romana, his Time Lady companion, as they investigate a mysterious summons from an old friend of the Doctor, Cambridge Professor Chronotis, and work to thwart the plans of the evil Skagra – a man seeking the Professor, and a book he possesses, for his own evil ends. Their adventure will take them from 1970s Earth to a mysterious Time Lord prison planet that nobody can remember: Shada. Beware Skagra. Beware the Sphere. Beware Shada. For this review, we’re gonna be looking at three particular adaptations of Shada: the 2003 BBC-i/Big Finish Productions webcast/audio adaptation, the 2012 novelization (by Gareth Roberts), and the 2017 BBC animated reconstruction.  END_OF_DOCUMENT_TOKEN_TO_BE_REPLACED

Big Finish has returned with another installment in their Classic Doctors, New Monsters range. This time featuring the Fourth, Fifth, Sixth, and Eighth Doctors, Classic Doctors, New Monsters (Volume 2) features four stand-alone stories with the Doctors facing the Vashta Nerada, the Racnoss, and the Carrionites. What’s unique about this box set is that the Fourth Doctor story and the Eighth Doctor story are loosely linked, both featuring the Vashta Nerada as villains. This is a clever idea, especially bookending the set with these two stories, and they prove to be my favorite stories of the bunch, not to suggest that any of the stories are bad. On the contrary, I really enjoyed all of them and it saddens me that Big Finish sees this as being the last of these box sets for the imminent future. (Spoilers ahead)  END_OF_DOCUMENT_TOKEN_TO_BE_REPLACED