If you’re not a fan of River Song, you’re probably not gonna like The Ruby’s Curse, Alex Kingston’s first Doctor Who book and River’s first solo novel. It’s pure, unadulterated River Song, with all the pros and cons that come with that. The book’s been advertised as a sort of melding of fact and fiction, with River writing a new Melody Malone story only to have elements of that story bleed into her reality. And, honestly, it’s every bit as mind-bending as it sounds—in the best way possible. Doctor Who: The Ruby’s Curse is a love letter to River Song and her time on the show. It’s clever, thrilling, action-packed, and oh-so-meta. Is it perfect? No, but it sure is a lot of fun. (4.5 out of 5 wands.)

Doctor Who: The Ruby’s Curse
by Alex Kingston
1939, New York. Private Eye, Melody Malone, is hired to find a stolen ruby, the Eye of Horus. The ruby might hold the secret to the location of Cleopatra’s tomb – but everyone who comes into contact with it dies. Can Melody escape the ruby’s curse?

1939, New York. River Song, author of the Melody Malone Mysteries, is forced to find a reality-altering weapon, the Eye of Horus – but everyone who comes into contact with it dies. River doesn’t believe in curses – but is she wrong?

From the top-security confines of Stormcage to the barbarism of first-century Egypt, River battles to find the Eye of Horus before its powers are used to transform the universe. To succeed, she must team up with a most unlikely ally – her own fictional alter ego, Melody. And together they must solve another mystery: Is fiction changing into fact – or is fact changing into fiction?

END_OF_DOCUMENT_TOKEN_TO_BE_REPLACED

It may not be the most beloved episode of Doctor Who (or of season 7, even), but I’ve always had a soft spot for “The Angels Take Manhattan.” I love River Song and I love film noir-style detective stories. So, of course, I love an episode where River is a film noir-style detective. And in that episode, there’s a book that’s based on her adventures as this detective—Melody Malone. It’s one of my favorite elements of the episode; I mean, who doesn’t love a good book-within-a-show? Honestly, I’d love to read a novelization of the episode written like a Melody Malone novel. And, when I first came across Justin Richards’ “The Angel’s Kiss,” I thought that’s what I’d be getting—a recreation of the book featured in “The Angels Take Manhattan.” Unfortunately, that’s not what this is.

END_OF_DOCUMENT_TOKEN_TO_BE_REPLACED

Over the years, River Song (Alex Kingston) has had adventures with every (living) Doctor from the classic run of Doctor Who and those adventures have been a whole lot of fun. With that in mind, it was only a matter of time until she started meeting some of the Doctor’s biggest enemies. And now, she meets, perhaps, the Doctor’s greatest enemy. And several incarnations of them, to boot. Namely, Missy (Michelle Gomez), the Burnt Master (Geoffrey Beevers), the War Master (Derek Jacobi), and the Master from the TV movie (Eric Roberts). With this lineup of actors and characters, you’d expect quite the exciting set of adventures and I’m happy to report that this box set is every bit as good as you’d hope it would be.

The Doctor isn’t the only Time Lord River runs into on her travels up and down the timeline. The Master, in all of his – or her – guises, also has a chequered history with Professor Song. And whenever they meet, it’s a close call as to who comes out on top… It’s something River must get used to: there are three people in her marriage – at the very least!

END_OF_DOCUMENT_TOKEN_TO_BE_REPLACED

I am really enjoying these Diary of River Song box sets from Big Finish Production. River Song is one of my favorite characters that Steven Moffat created for Doctor Who. I love how her story ended up in the show and I love getting to see (or hear) more from her via these box sets. It’s a lot of fun hearing her interact with Doctors from the classic era, and her interactions with the Fourth Doctor in The Diary of River Song – Series 4 is no exception. But before we get to hear her meet the Fourth Doctor, she must first travel through time and space to escape the Discordia – a race of time traveling aliens who look like the common image of the Devil and are bent on ruling all of time and space. So, basically another Tuesday for River Song.

When River Song (Alex Kingston) visits a place where time has vanished, a genie escapes its bottle… the Discordia are freed – nihilistic time pirates, in devilish form, altering the past to make sure they never lose.

This time, River may have met her match. And involving the Doctor (Tom Baker) can only make things worse…

END_OF_DOCUMENT_TOKEN_TO_BE_REPLACED 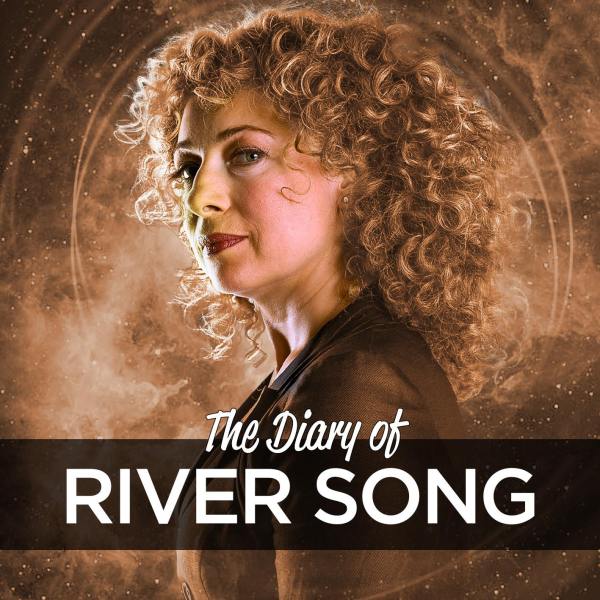 In celebration of this week’s release of series 4 of Big Finish Productions’ The Diary of River Song, I figured it was about time I finally listened to the first three series. Starring Alex Kingston (reprising her role as River Song from Doctor Who), The Diary of River Song features the continuing adventures of our favorite archaeologist from the new series of Doctor Who. Each series features four new stories, all tied together by an overarching plotline, with River facing another dangerous threat, often with the help of one of her husband’s many different faces.

Alex Kingston reprises her hugely popular River Song character for Big Finish, starring in a new series of adventures in the Doctor Who universe…

END_OF_DOCUMENT_TOKEN_TO_BE_REPLACED

I feel like I liked the premise of this box set more than I liked the box set itself. But, that’s not to say Doom Coalition 4 wasn’t good – because it was – it just wasn’t quite as good as I’d have liked. Written by Matt Fitton and John Dorney and directed by Ken Bentley, Doom Coalition 4 picks up exactly where Doom Coalition 3 ended: Padrac (Robert Bathurst) has trapped the Doctor (Paul McGann), Liv Chenka (Nicola Walker), and Helen Sinclair (Hattie Morahan) inside a time escape pod and launched them into the future of the destroyed universe. Meanwhile, Padrac still has River Song (Alex Kingston) in his sights, yet she seems to be on his side. Just what game is she playing and how will it play out? Will the Doctor be able to escape and thwart Padrac’s ultimate plan to destroy the universe in order to save Gallifrey? And what about the Eleven (Mark Bonnar) and Caleera (Emma Cunniffe)? Whose side are they really on and how far will they go to achieve their goals. (Spoilers ahead)  END_OF_DOCUMENT_TOKEN_TO_BE_REPLACED

Well, this one’s an improvement over the last one, that’s for sure. While still a bit too monster/case-of-the-week for my tastes, at least all of the stories are well written. In Doom Coalition 2, the Doctor (Paul McGann), Liv Chenka (Nicola Walker), and Helen Sinclair (Hattie Morahan) continue their search through time and space for the Eleven (Mark Bonnar), a Time Lord criminal with a disorder that causes him to retain the personalities of all of his previous regenerations. On their journey, they encounter another Time Lord, Caleera (Emma Cunniffe), who is equally messed up as the Eleven is. The Doctor and friends must stop Caleera from using her psychic powers to destroy the universe. During their journey, they encounter the Voord, brainwashed Time Lords, an odd “gift” sweeping through the residents of 1906 San Francisco, and none other than the Doctor’s wife herself, River Song (Alex Kingston). Can the Doctor, Liv, Helen, and River stop the Eleven and Caleera from causing irreparable harm to the universe? (Spoilers follow.)  END_OF_DOCUMENT_TOKEN_TO_BE_REPLACED