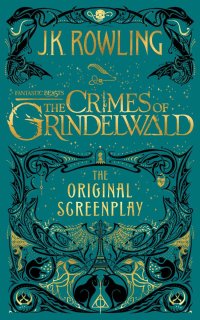 When I first saw Fantastic Beasts: The Crimes of Grindelwald last week, I had some mixed feelings about it. The film had too many characters it was trying to follow and the whole thing felt like more of an in-between film whose sole purpose was to set up the following film instead of something that could stand on its own. Since that first viewing, I’ve read the published screenplay, listened to about two hours of the Audible documentary Makers, Mysteries, and Magic, and seen the film a second time. While I still have the same problems with the film I previously did, I liked it a whole lot more on my second viewing. I think it’s down to the fact that I’ve started to appreciate the film for what it is; it’s not trying to be a stand-alone movie, rather, it’s trying to, essentially, be part 2 of a five-part story. It’s chapter 2 of a five chapter book. The film isn’t really meant to be viewed on its own but in the context of that larger story. The problem that we as critics face is: how do we evaluate a story that is, by nature, not actually completed by the end of the film? I think the best thing to do is to examine what the film does have instead of what it doesn’t. (There will be full spoilers for the film ahead!)

END_OF_DOCUMENT_TOKEN_TO_BE_REPLACED

We finally have a title for the second film in the Fantastic Beasts series: Fantastic Beasts: The Crimes of Grindelwald. That, alone, is a lot to unpack. But Warner Brothers marketing, never being one to skimp out on goodies for fans, also unveiled a new promo image for the film featuring our first look at the new and returning characters! And, oh boy, it’s a doozy. I wish WB had released a trailer today (it would have made smart marketing sense; Justice League, another WB film, releases in theaters this weekend and it would only make sense for WB to attach the trailer for next year’s blockbuster for the studio with this year’s blockbuster for the studio, but, alas, I do not head the marketing team). Either way, finally having a title and a first look at the cast is a really nice thing and I’m eager to break it all down. END_OF_DOCUMENT_TOKEN_TO_BE_REPLACED