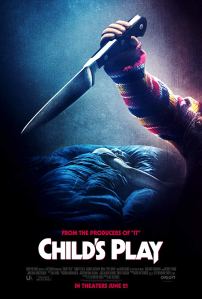 The Chucky/Child’s Play franchise is a really interesting one. It started off with a pretty standard horror film about a creepy doll before it devolved into a series of sequels that grew more and more comedic, eventually coming back around to more serious horror once again with the latest few sequels. But with so many sequels, the continuity of the series has become a bit difficult to follow. So, perhaps it was about time for a reboot to happen. Could new life be breathed into this old franchise by some new creatives? Or would it just end up being another in a long list of subpar remakes of classic horror films? With this new Child’s Play, it’s a bit of both. (Mild spoilers follow!) 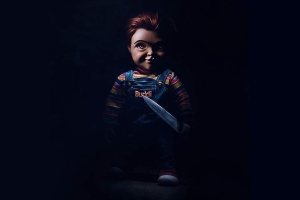 Here’s the thing about the Child’s Play/Chucky series: none of them have ever really been that good. The best of them have been fun, entertaining horror movies carried primarily on the backs of some interesting kills, a fascinating killer, and a killer vocal performance by Brad Dourif. All this new movie needed to succeed were those three elements. It ended up having about one and a half of them. It had some pretty solid and interesting kills and Mark Hamill provided a pretty solid performance as Chucky – though it sounded a bit too much like his regular voice, just slightly more evil, instead of a fully-formed character like he’s done in the past. But where the movie falls flat as a Child’s Play film is in its execution of the Chucky character. Or, more accurately, its total lack of characterization for Chucky. 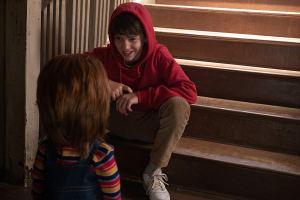 Chucky is the star of the Child’s Play franchise, much as Freddy Krueger is the star of the Nightmare on Elm Street franchise and Michael Myers is the star of the Halloween franchise. Without Chucky, it doesn’t feel as special. Naturally, as this Child’s Play is a reboot/reimagining, changes would be made to the Chucky character. Here, he’s no longer a human soul trapped inside the body of a toy by some weird, never fully explained voodoo; instead, he’s just a malfunctioning toy created by a disgruntled/mistreated/suicidal factory worker. This change ends up robbing Chucky of any real personality. He’s literally just a robot who’s had all of his various inhibitors turned off, causing him to malfunction to such a degree that he thinks killing is the way to make his child happy. This, in itself, isn’t really a bad idea, but it doesn’t quite work as a Chucky movie. Here, Chucky feels more lifeless than usual because he is literally just a robot. There is no humanity that makes him a compelling villain; he doesn’t get any joy from killing nor does he have any kind of sick manifesto. He’s literally just a malfunctioning robot. As a horror movie idea, it’s fine. But as the basis for a reimagining of a classic horror movie icon – it’s lame. I’m not saying this version needed voodoo, but it needed something to make Chucky feel less like a robot. 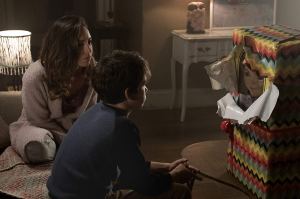 In fact, this movie would probably have been better if it wasn’t a Child’s Play film. If it were just some random film about a technologically advanced doll that could sync up with anyone’s smart devices in their homes, it could have been very interesting. Child’s Play sort of tried to do that, but it was hampered by the expectations that came with being a retelling of an already existing movie. Were it its own thing, there would have been none of those expectations and it might have had a better shot at working. That’s not to say that it would have been an amazing film without the Child’s Play connection. It’s still both too short and too long; the runtime is only 90 minutes, which doesn’t really give a huge amount of time to develop any connection to most of the characters, but the middle of the film also sags pretty hard. But, even so, it would have been better than a sizable chunk of recent horror films without changing a single thing other than the title of the film, the name and design of the killer toy, and the names of some of the characters (because that’s really all the connection it has with the original Child’s Play series). 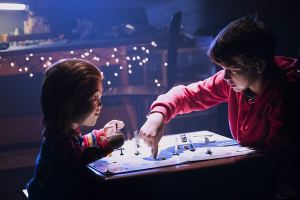 All in all, I wouldn’t call Child’s Play a bad film – because it’s not. It’s an average, competently made horror movie. It suffers from the self-drawn comparisons to a better horror film, but judging it on its own merits, it’s just fine. Aubrey Plaza and Gabriel Bateman play a pretty convincing and fairly empathetic mother/son duo and it’s very easy to root for them throughout the film. Much of the dialogue is fairly well-written, too, a feat that’s often unusual for horror movies – especially remakes. Ignoring any comparisons to the original Chucky, this new Chucky also works pretty well. He’s not as interesting a villain, but he’s not just an overdone cliche, either. This new Chucky is nowhere near as interesting as the original one, but Mark Hamill does a fine job with the voice acting and the idea behind this new doll is interesting – though would work better as its own idea rather than a remix of the Chucky mythos. Would I recommend this new Child’s Play? Yes, and no. I don’t think I’d recommend paying full price to see it in a movie theater. But I do think it’s a pretty solid film that would be worth watching with a group of friends in the comfort of your home. It doesn’t hold a candle to the best of the Child’s Play franchise, but it’s also better than the worst of those films. It’s a wholly unneeded remake that doesn’t really execute the concept behind the all-important killer correctly, and it would have been better as its own thing, but it’s an enjoyable enough movie.