American Gods: Shadows #3 is the latest issue of Dark Horse Comics’ adaptation of Neil Gaiman’s novel American Gods, adapted by P. Craig Russell and illustrated by Scott Hampton and Walter Simonson. This issue faithfully adapts chapter 3 and about half of chapter 4. In this issue, Shadow encounters his dead wife in his hotel room and travels with Wednesday to Chicago to meet Czernobog and the Zorya sisters.  END_OF_DOCUMENT_TOKEN_TO_BE_REPLACED 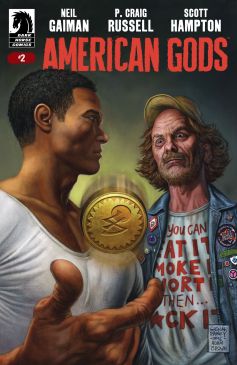 American Gods: Shadows #2 is the latest issue of Dark Horse’s adaptation of Neil Gaiman’s novel, American Gods. It, essentially, adapts the entire second chapter of the original novel pretty faithfully. In this issue, Shadow and Wednesday continue their conversation at Jack’s Crocodile Bar, Shadow meets the leprechaun Mad Sweeney and has an altercation with him, and Shadow attends his wife’s funeral.

I’ve got sort of mixed feelings about this issue. It’s good, don’t get me wrong, but it’s starting to feel like there’s no much actual adaptation going on. It’s pretty much a copy-paste of the original novel with some really beautiful illustrations added in. And that’s not a bad thing, per say. But it doesn’t really feel like we’re getting anything new here.
END_OF_DOCUMENT_TOKEN_TO_BE_REPLACED 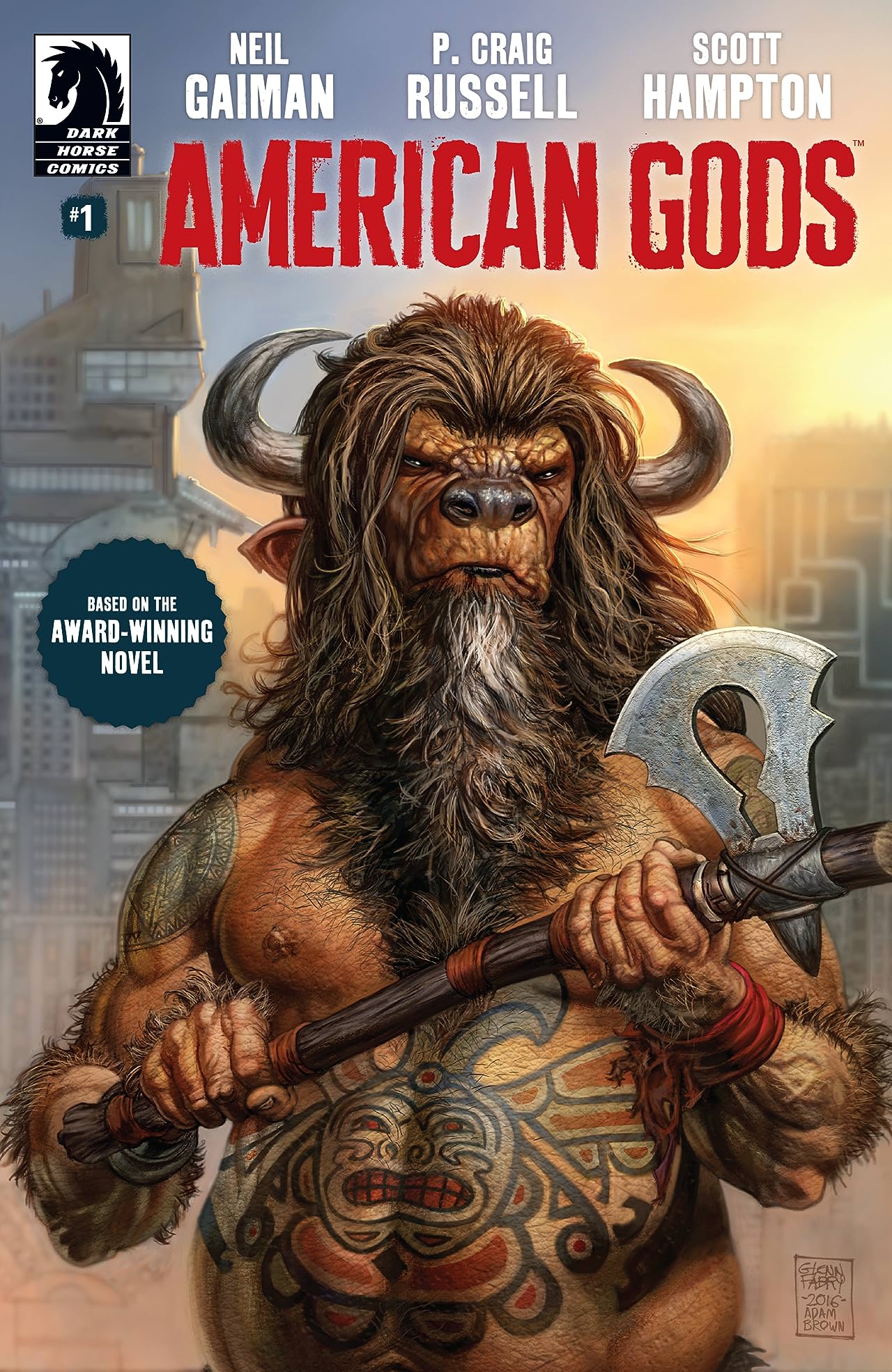 This first issue of Dark Horse Comics’ adaptation of American Gods covers essentially the entire first chapter of the book without any deviation. Much of the narration from the book is kept in the comic, done as word boxes on panels describing the action. The artwork itself is good. It’s definitely a style you have to get used to, but once you get used to it it’s really quite beautiful.

In terms of writing, it doesn’t seem like P. Craig Russell has done much aside from copy and abridge the original language of the book. Which is fine – it’s often better to not fix something that isn’t broken.